Science and the Soul

THERE IS ORDER TO THE CHAOS.

What is this place?

Are we even really here?

Is there a higher power that created us, or was it a random explosion?

These are some big questions.

But the odds of life actually existing are insane. Everything would have had to had come together so perfectly.

It’s hard for people to wrap their minds around, but we need to admit there is so much about the universe we don’t understand.

For this 5-Minute Friday, I revisited a conversation I had with John Brenkus where we discuss how the soul and science can meet.

John Brenkus is a six-time Emmy award-winning creator, host, and producer of Sport Science on ESPN. He is also co-founder of BASE Productions and a New York Times bestselling author. He currently hosts his own podcast The Brink of Midnight.

He dives into the idea of time and how humans put labels on things that are hard for our brains to comprehend.

I really enjoy the way that Josh is able to explain complicated scientific ideas.

Learn how to think about the miracle of life in Episode 777. 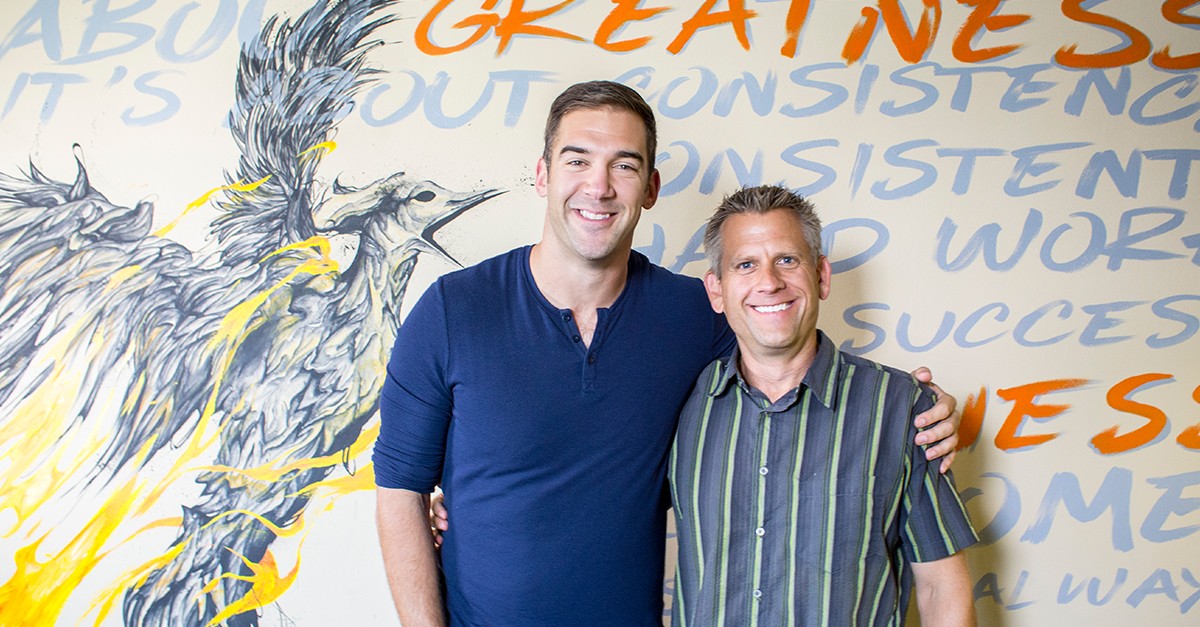 We’ve got John Brenkus in the house. He has spent the last decade studying and popularizing the unique characteristics of the world’s greatest athletes. He co-created the groundbreaking series fight science for the national geographic channel. Brenkus is best known as the on-air host, co-creator and executive producer of ESPN’s Emmy award winning show sports science, appearing in and producing over 1,500 segments that have been featured on ABC and ESPN’s enormous sports platforms. He has been featured in coverage of the super bowl, Monday night football, the NBA finals, Sunday night baseball, the masters just to name a few. And through sports science Brenkus has appeared before 80 million annually for the last decade. His won 6 Emmy’s and he’s written a New York Times best-seller ‘the perfection point.’

Now, how often would you say that you are still studying science today? Are you like obsess with it? Do you like constantly curious about science and testing things outside of sports?

John: All the time.

John: I mean I would say especially outside of sports.

Lewis: So, I watched the whole Bill Nye series on Netflix, did you watch that?

John: I have seen.

Lewis: Most of them, I think there was one about an energy and we were talking about before we got here God and energy. As a scientist what is this place? What is this world? Are we even here? Is there an energy force bigger than us that has created us or was it explosion of particles that came together?

John: I love the theory of probability of life existing. If you were to just say ‘the universe has exploded’ and somehow it magically all came together and therefore life existed. When you do the odd on hydrogen and oxygen, you know creating water and all those things having to come together, the margin of error of it actually happening is so far off the meter that it couldn’t, in my opinion there’s no way it could just happen by chance. There’s some sort of order to the chaos and this is what I think a lot of people can’t wrap their brains around, and I’m a very spiritual guy born and raised Catholic and accepting of all religions, all lenses. I believe that we’re all looking at the universe through a different lens but essentially we want to live the same way and get to the same way, we want to be good people. But when you think about this and people say at the beginning of time, there’s a great philosopher Paul Davies read a book called time.

Lewis: Is there a beginning of time?

John: Do we have to have a beginning of time?

John: If it’s infinite, if we say something is infinite it is infinite in every direction. There is no beginning and no end and there’s just infinite, so it always was. And that idea blows our mind, you just can’t even comprehend it.

John: Like you were never born. It’s just a crazy idea, so the idea that the universe is always existed and there’s always been something to it and clearly has evolved but the time idea is one that I think we can point to and say “There is order in this chaos and we through scientific terms have put labels on what we believed we understand. But think of the number of things that we have had to change and revise because our understanding is now different.

Lewis: Every week, every day right. What we prove to be true is always not true. You do this all the time with the body, I mean the formidable mind and all these other things of people breaking PR’s every day and every category of sport, right?

John: Yes and science reflects that the only way that we can move forward is by agreeing on a set of signs and symbols that we refer to as language so that we can communicate and evolve from there. It’s just like saying the earth is flat, we then say it is flat then we say its round but it’s the center of the earth, but now that it’s a globe maybe it’s not the center but going around something else. We keep evolving and that’s why it’s almost the argument of global warming as an example of purely scientific stand point, I feel like we’re arguing something that you can’t win, you can’t win this argument one way or the other because you don’t have your planet that is no people, no cars no nothing that is existed the exact same way that earth has. You don’t have this constant other planet that would be something you could compare to so you can’t prove it one way or the other. But what we can prove is that ‘the air is worse, the water is dirtier’ we can prove that and to me it’s like an anti-pollution argument is something far easier for everyone to get on that train than to say “Well, the whole world is changing because I just don’t think we have enough of a snapshot.” I’m not one of these ‘global warming is not real’ I’m just saying it’s really hard to definitively prove it and I’m not sure that that’s even the point. The point is I don’t want my kids breathing crappy air, I don’t want to drink dirty water like that’s an easy thing for all of us to agree.

I've been thinking about the process I used to gro

Love Food that Loves You Back 👀⁠ ⁠ Follow:

Your reminder for the day 🧡 It’s okay to not