David Anderson: From NFL to the Business World 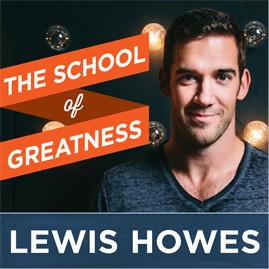 Welcome to episode 6 of The School of Greatness.

This episode features someone who I instantly connected with, David Anderson.

I had an instant connection with David because we both played most fun position in football (wide receiver), wore the jersey #4 at some point during our career, played professionally, and have a passion for relationships and business.

Only thing is he played 6 years in the NFL while I played one season with a broken wrist in the AFL.

It goes to show that speed kills and as long as you’ve got the speed, you’ve got a great chance of sticking around in the NFL if you can stay healthy and make plays.

Let me introduce you to (the better dressed, and faster version of myself)… David Anderson. David recently reached out to me through my site, we met up for lunch in L.A. and instantly hit it off.  While he may not look like your typical amazing athlete, (he’s a smaller guy at 5’10” ish) he played at the top level of one of the most competitive and elite leagues in the world, the NFL.

In this podcast we’re going to discuss how he got there, what it was like playing in the NFL, the mindset of some of the best quarterbacks in the world (ever heard of Peyton Manning?) and plenty of other great tips.

In This Episode, You Will Learn:

This episode is sponsored by Onnit.  Make sure to use “greatness” during your checkout on products to receive 10% off.  For athletes, check out Alpha Brain and Shroom Tech (you’ll thank me during your workouts) and if you are just a weekend workout warrior then try Hemp Force… it’s delicious!

Have you had to make a transition from a career that you love and find something new to take on?  What was that like and how did you cope with the lose of your passion?  Please leave your thoughts in the comments section below, and thanks for sharing!